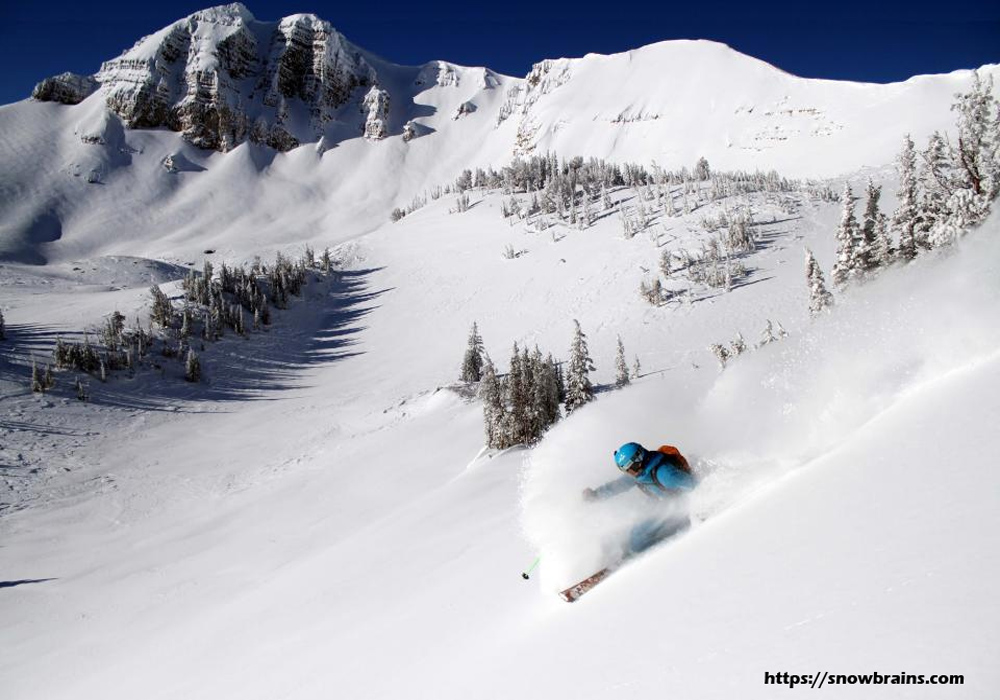 2010 is a year that has always been surrounded by hype and yes, hope – even before 2009 turned out to be the harshest year we’ve seen in three generations. When we were kids, the science fiction authors had us thinking we’d be skiing on the moon by now, and while those weird indoor ski hills in Japan are pretty close, we’re not quite there yet. But that doesn’t mean there hasn’t been plenty of hype surrounding this milestone year and the first ski season of this most futuristic decade. We decided to check in on some of the most hyped events, places and gear of 2010…

Most Hyped Event – The Vancouver Olympics

The winter Olympiad returns to the slopes of North America this year, with events set for two weeks in February both around Vancouver itself and at Whistler/Blackcomb. British Columbia will be showing off its best and newest terrain and facilities, with Whistler hosting the alpine skiing events, and bobsled, luge and skeleton running on the resort’s new sliding center at Blackcomb Mountain. Back on the west edge of the province, tiny Cypress Bowl will host the freestyle skiing and snowboarding competitions. Unseasonably warm temperatures at Cypress recently forced the area to close down and horde snow for the games, but Olympics organizers promise everything will be ready to go before the opening ceremonies on February 12.

As for the competition itself, there’s a North American grudge match taking shape, with both the Canadian and American ski teams set to own the podium and the medal count in Vancouver. Bill Marolt, president of the U.S. Ski and Snowboard Association, told reporters the goal for the group of skier and boarders from south of the border is nothing less than “best in the world” status, meaning more medals than any other country. Alpine speedster Lindsey Vonn, as well as young boarding legends like Shaun White will be part of the cast of American stars hoping to neutralize the Canadian team’s home-field advantage.

However the final results shake out, the Vancouver games stand to pick up where the Salt Lake City games left off – showcasing some of our favorite terrain to the world.

The Olympic games have seen interest in B.C.’s ski areas reach what must certainly be an all-time high. Google may as well rename itself ‘Whistler’ for the next month or so. Of course, the terrain and facilities that many argue are among the best in the world even on a bad day are a pretty good reason to check out the province, even when the rest of the world isn’t in town. It also doesn’t hurt that Whistler has one of the longest ski seasons around, with an average of over 30 feet of snow, and more than 3,000 skiable  than Vail and Sun Valley combined. No, really.

But to be fair to the rest of the continent, we should acknowledge that there is skiing happening in plenty of other places besides British Columbia this year, so we picked a second destination that’s been receiving lots of attention of late. Utah’s Alta is one of the oldest ski resorts in the country, and it’s managed to maintain a kind of rustic, gritty mystique in an era of mega-resorts. It also offers some of the best value for serious champagne powder skiers around, especially with its recent partnership with Snowbird to offer a pass good on both mountains. In these times when bargains are on everyone’s radar, these Wasatch wonders live up to their hype.

How to Find the Best Online Travel Agency

If you are looking for a niche for your online travel agency, you will have…
Previous Post

Before You Build That Backyard Fire Pit